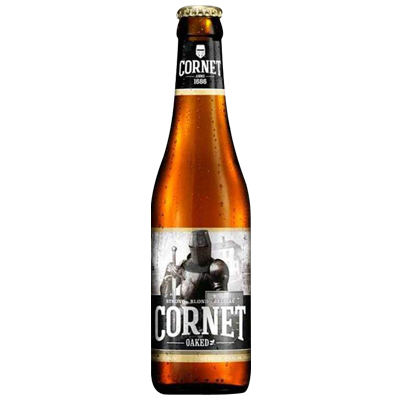 Cornet is named after Theodoor Cornet, steward of the 'Diepensteyn Castle'. He ordered brewery Den Hoorn to brew an exclusive beer for the Count of Steenhuffel / Maldeghem in honour of his ancestor Salomon de Maldeghem, Knight in the 11th century. Today, Cornet is an oaked, strong, blond top-fermented beer. Its subtle touch of vanilla is achieved by adding oak chips during brewing.