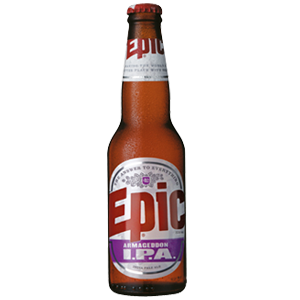 In the beginning, there was nothing. Then an impish brewer piled a ludicrous amount of hops into a batch of beer. This zymurgical big bang is Epic Armageddon, an apocalyptic assault on your preconceptions and taste buds. It may be too huge for this fragile planet so enjoy this beer like it was the last one on Earth.