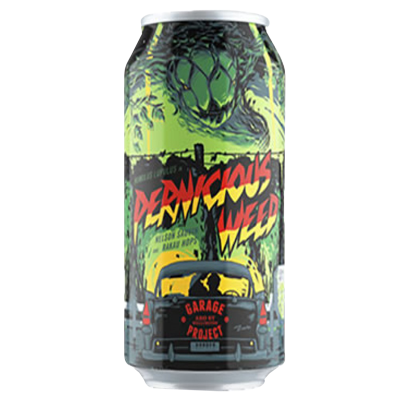 The arrival of hops to the brewing scene in England in the 1500s led to a moral panic, hops were described as "a Wicked, & Pernicious Weed", feared to bring the downfall of civilized society. Thankfully, they were right.

Pernicious Weed is a celebration of the NZ-developed hop varieties Nelson Sauvin and Rakau. Huge grapefruit flavour in a worryingly-drinkable strong IPA.