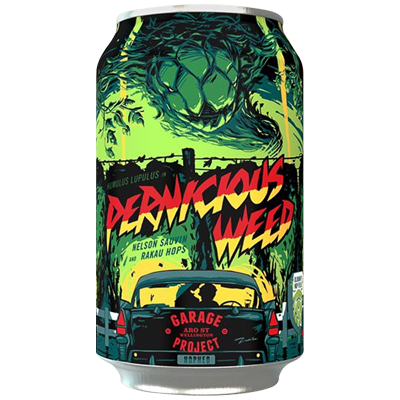 The arrival of hops to the brewing scene in England in the 1500's led to a moral panic. Hops were condemned as a "wicked and pernicious weed", one which would lead to the erosion of social and moral standards. Thank goodness they were right. Heres hoping that our homage to the original pernicious weed continues this gradual decline. Organic Rakau and whole cone Nelson Sauvin go head to head in this strong, golden, hoppy brew. Bitter, yes. Intensely hoppy, absolutely. Too much? Never.