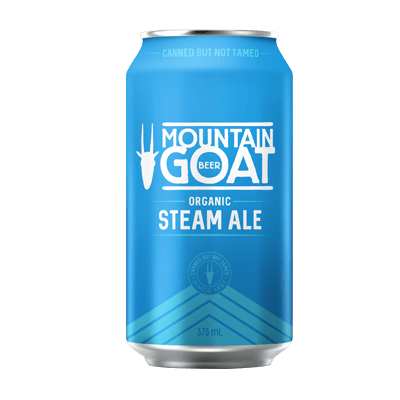 Our certified organic Steam Ale is a brilliant introduction to the world of craft or for those seeking a sessionable beer that is crisp, fresh and full of character.

Steam beers were originally lagers brewed at the warmer ale temperatures, aiming to deliver the best of both worlds. We decided to turn it on its head by fermenting an ale yeast cooler to arrive at the same place, but via a different route.