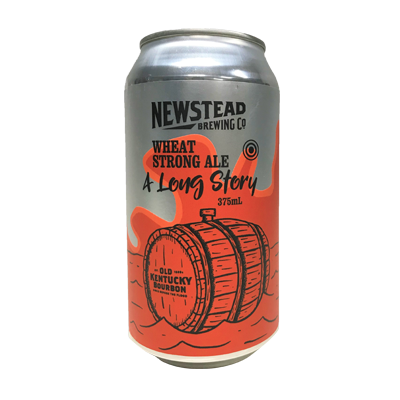 Building the longest cantilevered bridge in Australia and building straight into a cliff face is a daunting task for even the most daring of Bradfields. A feat of Brisbane ingenuity and guts, in the midst of the Great Depression, The Story Bridge is the bold and striking big brother of the Brisbane riverscape.

Many Brewers would consider using 100% wheat malt a dumb choice, and they're not wrong. We even broke the lauter tun and had to shut down production for a few days. Friendships were tested, limits were pushed but what resulted is something truly unique. We even chucked it in some Old Forester bourbon barrels for good measure. Its a cacophony of oak, vanilla, raisins, chocolate and coconut.