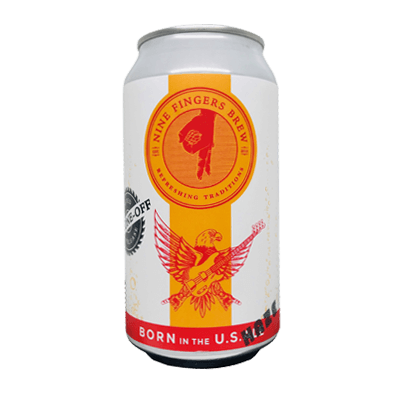 Nine Fingers Born In the US Haze

This amber-coloured American-style Pale Ale showcases Amarillo & Centennial hops with a solid malt backbone. For this "cut one-off" release HAZY version we have upped the oats and wheat as well as double dry hopped to create a recognisable flavoured beer, with a new hazy look and a little extra juiciness from the hops.

A sessionable beer to be enjoyed in the pursuit of hoppiness with your friends, family, even the BOSS... Inspired by the original Pale Ales coming out of America in the late 1980's and 90's. This is maltier and hoppier than most Australian pale ales, but doesn't cross over into XPA or IPA territory.