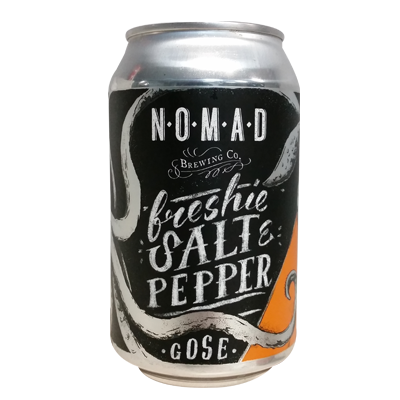 This beer is the brain child of Leonardo and Brooks, after a few.... staring at the beautiful Ocean in Freshwater, on Sydney's Northern Beaches, the ocean mist and its fantastic smell had to be somehow put into a beer.... Why not add sea water directly to the beer and hey isn't salt what they add to traditional Gose in Germany??!!

A few months later here we are at Nomad adding two buckets of salt water straight from Freshie (Freshwater beach) to a Gose with a Nomad twist, and adding our new favorite pepper variety from Tasmania. The resulting beer is something along the lines of what the name suggests: salty, spicy and refreshing.