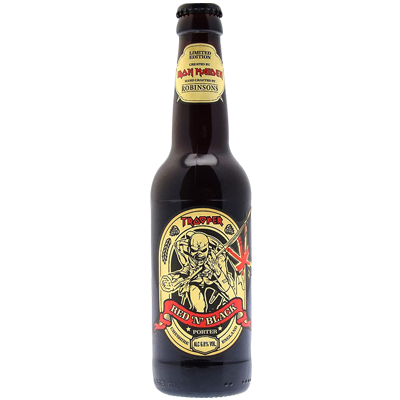 Trooper Red 'N' Black Porter is the first dark beer in the Trooper ranks and a modern take on a recipe dating back centuries. Named after a track from the latest Iron Maiden album 'The Book Of Souls', the red and black colour comes from the blend of chocolate and crystal malt which gives this full bodied beer a roasted malt and caramel backbone. The special Robinsons' yeast provides hints of both liquorice and honey character to create a delicious warming brew.

Designed yet again by Iron Maiden vocalist Bruce Dickinson and Robinsons' Head Brewer, Red 'N' Black takes its inspiration from an original Robinsons' recipe from the 1850s, a time when porter style beer was becoming increasingly popular in Britain.