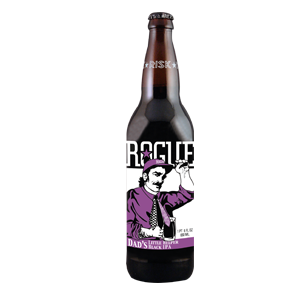 After the death of his wife, Henry Jackson Smart was left to raise his 6 young children alone. His courage, love, selflessness and dedication inspired his daughter, Sonora Smart Dodd, to organize the first Father's Day on June 19th, 1910. In 1924 President Calvin Coolidge proclaimed the third Sunday in June as Father's Day. President Nixon, in 1972, established it as a permanent day of national observance. Dad's Little Helper Black IPA is deep mahogany in colour with roasted malt and hop aromas and dense creamy head. It enters the palate with intense hop flavour and coats the tongue with a rich maltiness from the Rogue Farms Risk Malt.