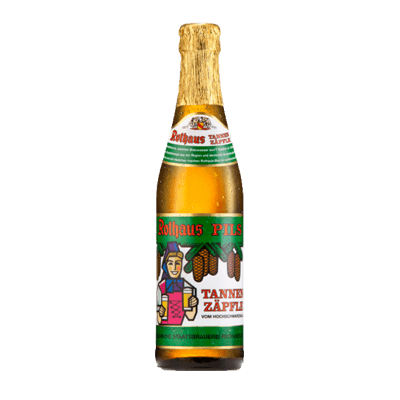 The most popular Rothaus beer is the Rothaus Pils. With an original gravity of 12.4% and 32 IBU’s, Rothaus Pils has a prominent position among other pilsners.

Rothaus Pils is fermented from bottom-fermenting yeast that’s been developed in house, before maturing for roughly four weeks. During this period, its robust and elegant flavors and its high Rezenz are cultivated. Rezenz is the term for the refreshing feeling produced by the carbon dioxide in beer.