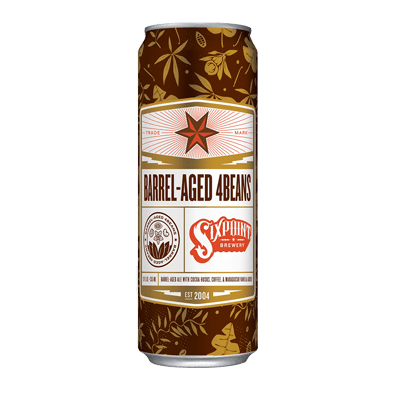 Deep in the rainforests of Madagascar lies one of the most coveted spices ever discovered: the decadent, aromatic, vanilla bean.

In 4BEANS, a rich brew of beans and barley - a special blend of liquid aged in rye whiskey and bourbon barrels meets Madagascar Vanilla to fuse Baltic myth and treasured spice.

4Beans is a dark, rich Imperial Porter with tons of complexity. There's ample roastiness, accents from barrel-aging, and tons of chocolate, coffee, and vanilla.