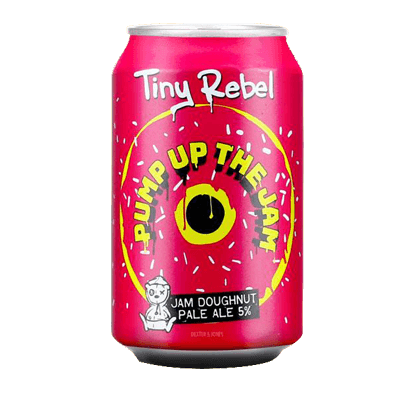 So what if they were combined?

After a failed experiment with a pale ale doughnut - the beer just soaked into the dough and made it mushy - we decided to switch it up completely. The old switcharoo. Put the doughnut into the beer!

Pump up the Jam combines the sweet jam flavours with a sweet bready malt base. It's a jam doughnut in a pint glass. No word of a lie.

Imagine the best of a jam doughnut with the best of a beer. Chill it to perfection and fill a pint glass with it. Pump up the Jam!