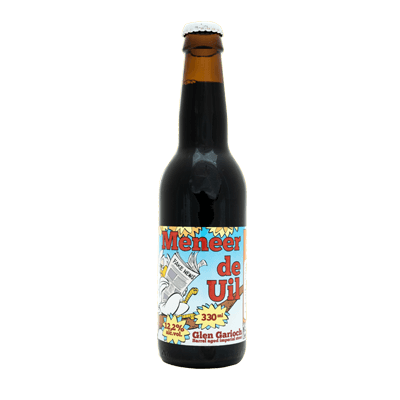 Meneer de uil, mister owl or monsieur l'hibou got his name after the Dutch TV show from the 80's. The first batches of this barrel aged beer were released back in 2013. Unfortunately the series ended in 2015. After building our new brewery and like a million emails and phonecalls we obeyed. On special request we brewed and aged our feathered friend in Scottish whisky casks once again!