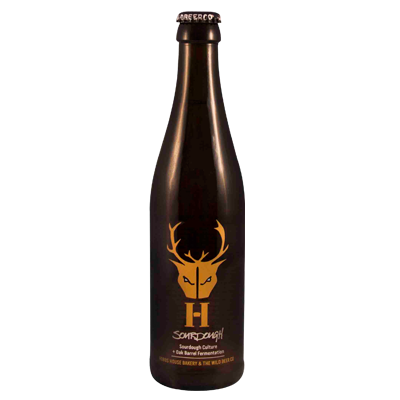 Beer and Bread have been showing off the magic of yeast for thousands of years, we decided to combine the two. The old and the new, contemporary ideas and historical techniques and ingredients, a very special beer that combines all these things and more.

6 months before we even had a brewery we started talking to Tom Herbert about the Hobbs House Bakery's 58 year old Sourdough yeast, and whether we could use it to ferment a beer. Tom was excited, we were excited!

After a year of trials (each trial took a really long time to develop) we decided to loosely base the beer on a Berliner Weisse style - a historical Sour beer style from Northern Germany, but with a Wild Beer slant to it. We have used the 58 year old sourdough culture and a little brettanomyces and put the beer straight into oak barrels for its primary fermentation.