The intention was simple; use what was already available but remove the bias involved with each of the individual lists. You can read about the method used to create the list here.

The result was interesting and we believe a truer reflection of the best Australian beers.

Fast forward 12 months from the first release of this list and we have now released the 2018 list, featured below. Over 100,000 votes / ratings were used to compile this list.

Needless to say it's robust!

- Unlike other lists, many beers with smaller distribution and production volume made the top 50 list, showing that deep pockets and large distribution are not prerequisites.

- Two large craft beer brands, James Squire and Fat Yak, do not appear in the list at all.

- There are 16 beers which feature in the list for the first time, 3 of which are New England IPAs – a new style of IPA with next to no bitterness which is growing in popularity.

- With the buyouts in late 2017 of Feral Brewing, Pirate Life and 4 Pines, the percentage of independent breweries represented in the list has reduced from 88% to 70%.

Using the results of the list we have also created an ebook which showcases each beer, provides tasting notes and detailed commentary of the results.

To view other years release of Australia's Ultimate Top 50 Beers simply click on one of the links below:

24 Mountain Goat Back To the Brewer (Double Steam Ale/NEIPA)

*Rate Beer combined all the ratings for Boatrocker Ramjet 2013/2014/2015/2016 and so this was also done for other lists where these beers appeared. An average score was then given for each respective list (if applicable).

Note: There are 51 beers in total due to the last couple beers being tied for last spot.

We hope you enjoyed the list, and have one question for you.

Would you like to try some of the beers?

If you answered yes then you're in luck!

That represents a saving of 20%.

Simply  click here or the image below to secure your limited release mix 12 pack. 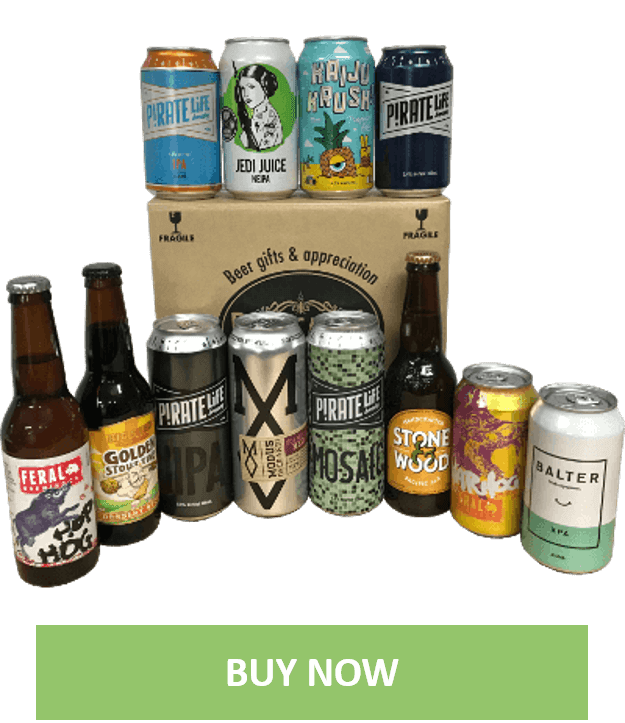