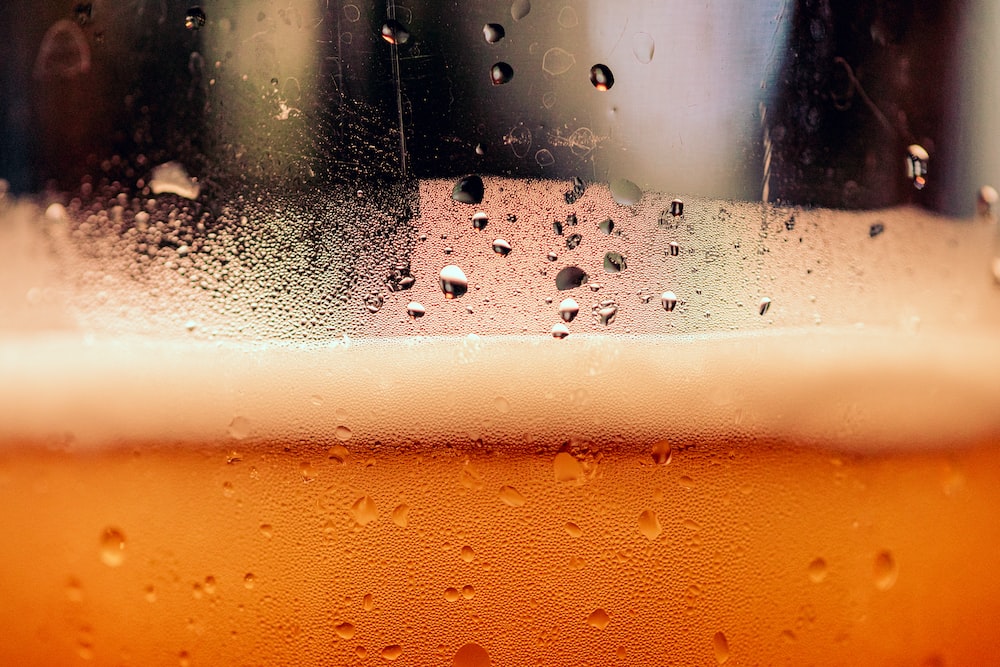 Photo by Timothy Dykes on Unsplash

Have you ever thought to yourself “this 4% beer just isn’t cutting it - I really need one that’ll make me sway after a few sips.”? No, me neither. The ever-increasing popularity of the craft beer industry has meant that we have seen a rise in experimentation in the beer world. One of the more interesting recent trends is making beer high in alcohol (like, really high). So as to stay relevant many breweries are creating novelty beers for customers thirsty for more - double and even triple IPAs are becoming the norm as demand for new, exciting beer intensifies.


How High Alcohol Beers Are Made

The simplest approach to making a higher alcohol beer is to add more sugar during fermentation. During beer's fermentation process, yeast chomps on the sugar made from malted grain and then converts it into alcohol. If there is more available sugar, the yeast has more food to eat, which produces more alcohol. Simply put - it's about adding more sugar to create more booze.

The Battle Between BrewDog & Schorschbräu

A decade ago, Scottish brewer BrewDog and Germany’s Schorschbräu began their now-infamous battle for The World’s Strongest Beer. Schorschbräu are renowned for pushing the limits when it comes to wheat beers and bocks intended to blow your socks off, so it was no mean feat to knock them off their perch - but the mad geniuses behind BrewDog, Martin Dickie and James Watt, decided to do just that.

It began back in 2009, the then fresh-on-the-scene BrewDog released a 32% ABV beer called Tactical Nuclear Penguin. This was specifically to snatch the World’s Strongest Beer title from Schorschbräu's 31% Schorschbock, to put Scotland on the map for progressive craft beers and push the boundaries to a whole new level.

Yet, Schorschbräu didn’t let them bask in glory for long - quickly responding by creating a 40 percenter. This of course led to BrewDog releasing Sink the Bismarck the next year which came in at 41%. Schorschbräu then intensified its Schorschbock to 43% ABV, which ended up with BrewDog releasing the now-legendary 55% End of History (I’m exhausted after all that, I don’t know about you).

In 2011, Schorschbrau countered one final time with a 57% Schorschbock, bringing a halt to the back-and-forth battle. BrewDog had been defeated….Or had they?

To honour their previous ABV battle, the brewers decided to collaborate. Thus Strength In Numbers was born, creating a new contender for the World’s Strongest Beer.


The Strongest Beer In The World Now, although BrewDog and Schorschbrau gave it a good crack, there’s another contender: Snake Venom. Not for the faint-hearted, Scottish brewery Brewmeister created Snake Venom in 2013 claiming a whopping 67.5% ABV. They even put a warning label on the bottle, advising consumers to only drink (and share) one per sitting. Brewmeister claimed that the beer "tastes like a liquor and has a whole host of different flavours, ranging from bubble-gum to caramel." However, Guinness Book of Records still considers the strongest beer ever sold to be Brewdog's The End of History, perhaps due to ethyl alcohol being added to Snake Venom to reach the desired ABV of 67.5%. Either way, would you try it?

The Strongest Beer In Australia 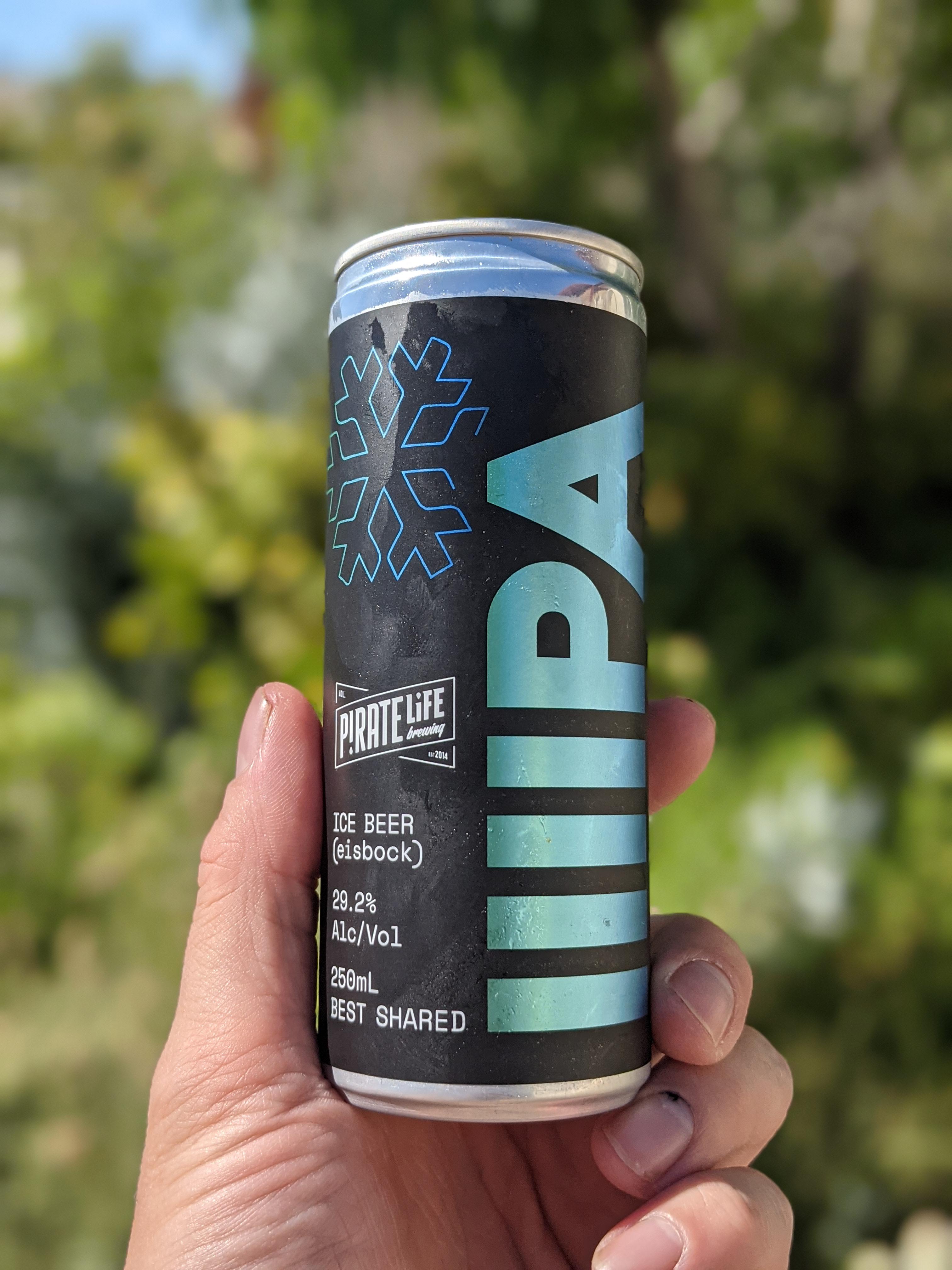 Now we’ve got the international beers out of the way, what about our very own, Aussie-made strong ABV beer?

While Hope Estate have made it their focus to brew some pretty big beers with their F-Jet and F/A series, Pirate Life’s Eisbock comes in higher at 29.2%. This makes it the strongest beer by an Australian brewery so far - one can alone contains 5.8 standard drinks. It sold out pretty fast but at $25 for 250ml, it’s not cheap. `

The guys at Pirate Life explain, “This freeze distilled IIIPA is indeed best shared. Picture a one thousand litre tub filled with Pirate Life's IPA, IIPA and IIIPA in a refrigeration unit set minus thirty degrees. As the water in the beer freezes, a boozy concentrate drips from the ice. We collect it, repeat the process, then bang it in a can.It pours like syrup, with a fiery orange hue. Expect aromas of apricot brandy and spice, with lifted notes of olive brine. On the palate, buttered rum, marmalade and a good of lick of herbaceous hops.”

If you fancy one, you might have to wait a while as they didn’t make a lot of this stuff. Head over to Pirate life’s website to keep updated on their limited releases or keep an eye on our Pirate life stock here.

Although we’ve seen a rise in the high ABV beers, it’s not just a fad. In fact, many of the OG Belgian trappist alesbreweries like  Chimay, Rochefort and Westmalle make ales high in alcohol - and have done for a long time.

The first beers that were higher in ABV included Duvel at 8.5% which was first released in 1920, with many others being introduced from the 1950's onwards. Belgian brewers use higher temperatures when the beer is yeasting and fermenting. This results in a stronger taste and a higher alcohol content. They include styles like  quadruples, dubbels and tripels - frequently starting at 6% and increasing from there. It seems high ABV beers will be around for some time, from classic, hundred year old breweries to modern-day experiments.