A New England IPA is a style of American IPA that features an intense, tropical fruit centric, hop aroma and flavour. It’s heavily dry hopped to the point of being hazy and has a fuller body, smoother flavour, and less perceived bitterness than typical IPAs.

These characteristics are achieved using a combination of brewing techniques including the use of particular strains of yeast, the timing of when hops are added and adjusting the chemistry of the water. 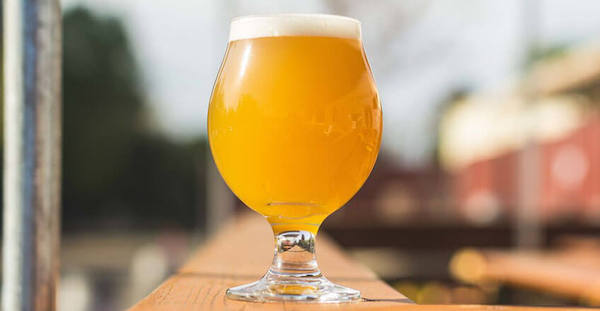 The New England IPA is a relatively new style originally brewed out of Vermont, a small state in the New England region of north-eastern United States. It has made a big splash in the United States; with some claiming it’s paving the way for the future of new brews – cloudy, smooth, and fruity with an artfully refined bitterness.

It showed up on the US beer consumer radar around 2011, but it was not until after the 2015 Beer Judge Certification Program (BJCP) Style guidelines were released that the style really exploded and became one of the most sought-after styles.

The style supposedly began 14 years ago with an IPA called the Heady Topper, brewed by The Alchemist brewery. Brewer, John Kimmich, experimented with an IPA recipe, deciding not to filter nor pasteurise the beer – both common methods used to extend a beer’s shelf. 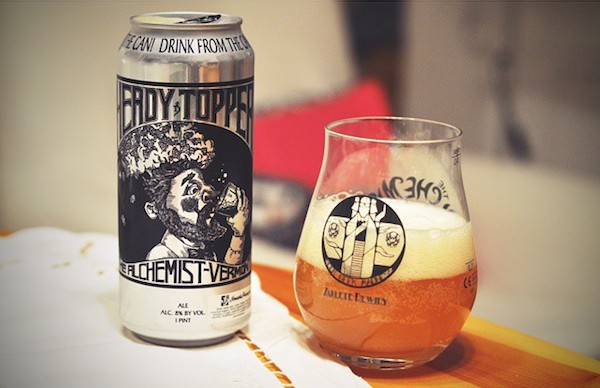 This resulted in a thicker IPA with microscopic compounds, enzymes, and cultures that added both flavour and aroma. Customers started to recognise it for its distinct taste, aesthetic appearance which was unusually murky, almost like orange juice; hence it’s nickname, the hazy IPA.

As a result of an extremely limited supply of Heady Topper whilst demand began increasing, other brewers started making their own hazy IPAs. The style remained modestly popular as an East Coast specialty until it suddenly exploded into the beer scene, taking the West Coast by storm in what is known as the ‘haze craze’.

The haziness in NEIPAS is caused by a variety of techniques that brewers say are primarily aimed at enhancing aromas and creating a smooth, creamy mouthfeel while also reducing the harsh bitterness associated with more conventional IPAs.

This includes using certain yeast strains that leave fruity esters in the beer as well as suspended matter which help produce the haze.

The addition of hops late in the boil is also regularly practiced. Hops are added to a beer roughly one-hour prior to the completion of the boiling process which amplifies aroma while extracting less of the hops’ alpha acids which provides a beers bitterness.

IPA vs NEIPA: What makes it different from other IPAs?

India Pale Ale (IPA) is a hoppy beer style within the broader category of pale ale. It is a beefed up version of a pale ale, made using more hops with a higher alcohol content. IPAs were first created in England and its name was derived from its popularity among British troops stationed in India in the 19 th century when the subcontinent was still a British colony.

New England IPA is just one of the latest additions to the IPA style, although a rather unique one at that. NEIPAs differs to other IPAs as it’s unfiltered and has extremely low bitterness in comparison to its close relatives. They are often dry-hopped and tend to be fermented to have midrange carbonation. They look akin to orange juice, smell and taste like fresh fruit salad.

Features of a New England IPA: 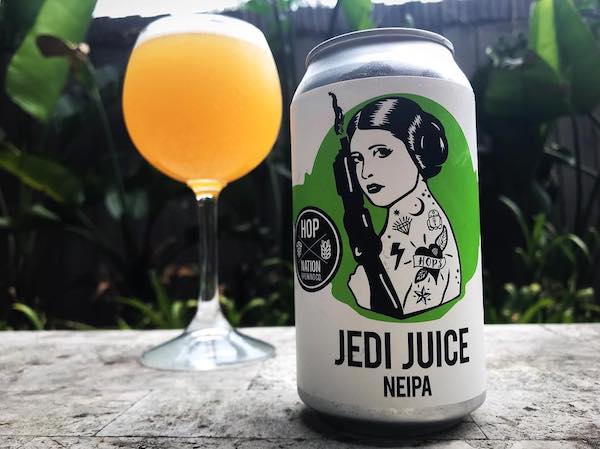 The most noticeable thing would be its trademark opaque haze appearance generated by specific new world origin oats and wheat, suspended hop oils and occasionally the contentious addition of wild flowers. Its head is dense, creamy and cloud like hovering over an orange or golden yellow body with carbonation bubbles persistently rising to the top.

Although many are amazed by the appearance, most people’s ‘wow moment’ is when they put it to their nose and are greeted with a full-bodied wall of rich aromatics. The aromatics vary from brew to brew but are primarily fruity or tropical in character.

NEIPAs are rather limited malt-wise with hop notes more dominant. Additionally, many NEIPAs used particular yeast strains that are high in ester production. The malt profile is rather neutral leaving space for the hops aroma to resinate.

The flavour is hop heavy and focused on the fruitier spectrum of hops. It is accentuated by yeast esters that produce sweet undernotes. The hop varieties used are commonly associated with ripe or overripe tropical fruits such as passionfruit, guava, papaya, mango and pineapple; though some brews can have a citrusy character.

However, where it differs from other styles of IPA is that the bitter flavours are often secondary, buried in the mix. While other IPA sub-styles pride themselves on their big bitter notes, the NEIPA proudly boasts a more moderate bitterness that floats through one’s palate cleanly and concisely (approximately 40 to 60 IBU).

Due to the inclusion of flaked malts and water chemistry NEIPAs comes across as soft and silky with a chewy full body. It finishes refreshingly with a lingering fruity sweetness that keeps the mouth quenched. The presence of an alcoholic glow is not uncommon. Carbonation levels vary but they are usually on the moderate to high side.

So there you have it. A run-down of one of the most popular new styles that are seen on the Australian craft beer seen. If you are looking for a best in class Australian NEIPA then check out 3 Ravens Juicy, Hop Nation Jedi Juice and Sauce Bubble & Squeak.

This style of beer can be somewhat volatile and doesn’t deal well with heat. Our recommendation is to keep cold and drink fresh!

Thirsty Yet? Browse our range of New England IPAs here