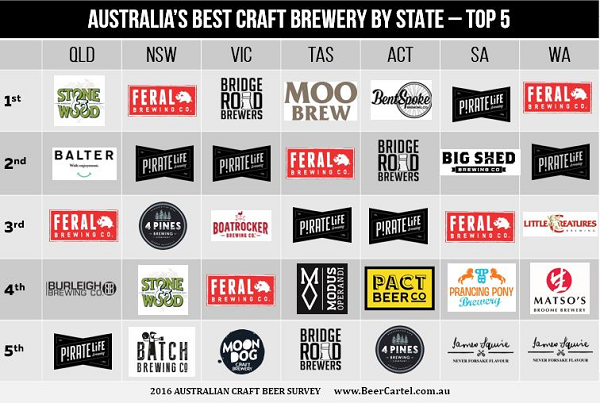 We already knew Australia's Top 10 Best Craft Breweries so thought we would dig a little further and see if the trend remains the same across each state that respondents were from.

The results were interesting!

The top 2 Australian craft breweries (Feral Brewing & Pirate Life), made the Top 5 in each state with the exception of ACT where Feral dipped out.

Aside from the dominance of these two breweries, across each state there was strong favouritism to local breweries. At least two of the top five breweries in each state were a brewery local to that state. The only exception to this trend was in Tasmania, where Modus Operandi made it into the Top 5.