Craft Beer is the only segment of Australian beer market which is in continuous growth, with overall consumption of beer in decline. The data that follows provides an extremely accurate birds-eye view of this young and exciting industry.

A prize of $500 of craft beer was offered as incentive to take part in the research. To see if you were the lucky winner simply scroll to the bottom of this page.

- Australia voted the best beer producing nation in the World

- Pale Ale is the most consumed craft beer style in Australia

The following is an outline of findings from the research. More detail is provided through the links provided. 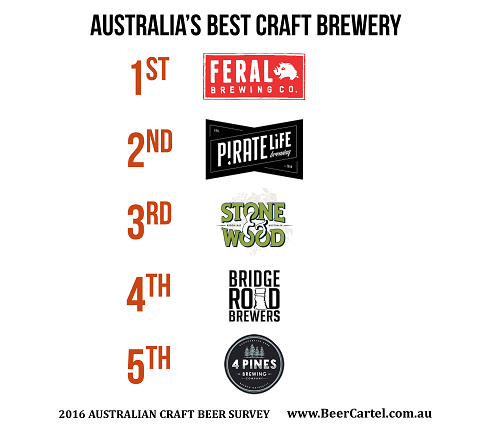 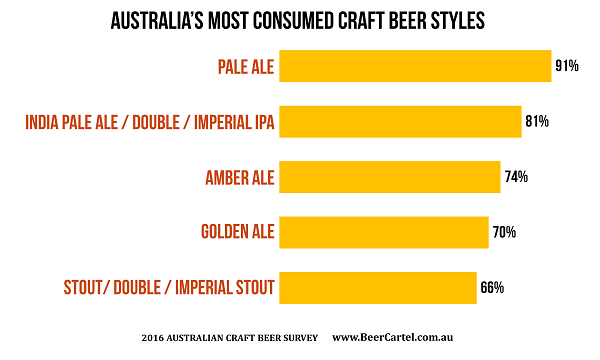 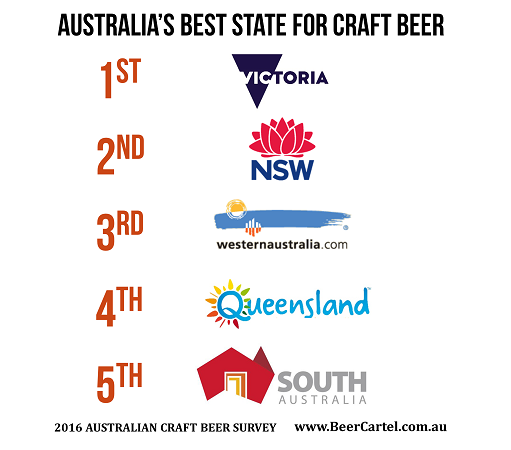 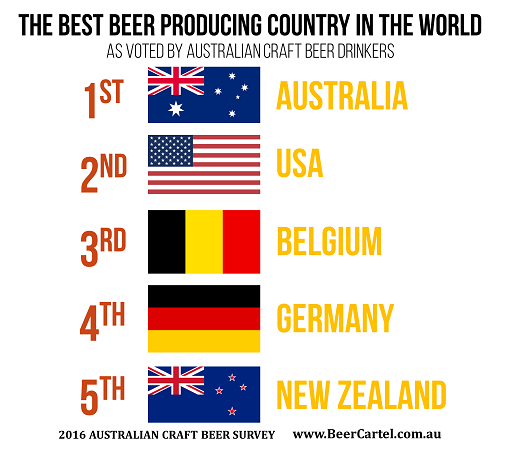 The Australian craft beer drinker is typically male, aged 30-39 and based on Australia’s Eastern Seaboard. They have a high household income, with a third having previously home-brewed, and almost half part of a beer appreciation group. 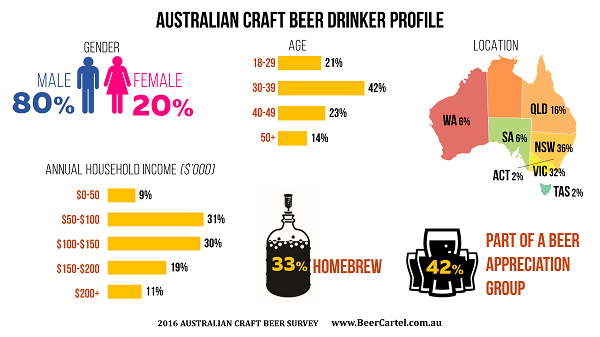 Improving the beer selection at sporting and music events, and the Government doing more to support craft breweries are highly important issues for craft beer drinkers. 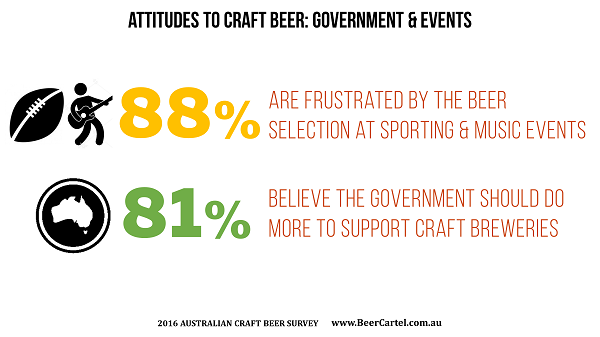 Craft breweries and bars are sought out by almost all craft beer drinkers when travelling, while three quarters specifically look for restaurants with craft beer on their list. 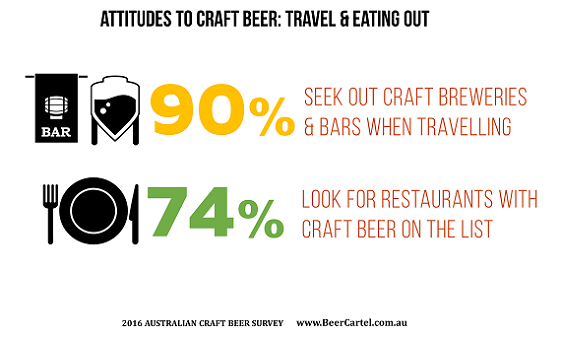 Craft beer is changing beer consumption habits, with most saying they now drink less but better quality. The vast majority of drinkers are also aware beer tastes best from a glass. 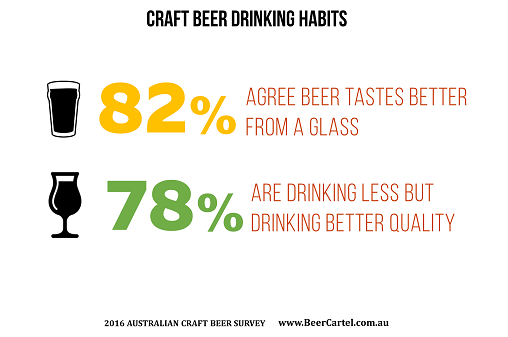 While the use of cans in the Australian craft beer industry is growing, most still believe bottles are better. 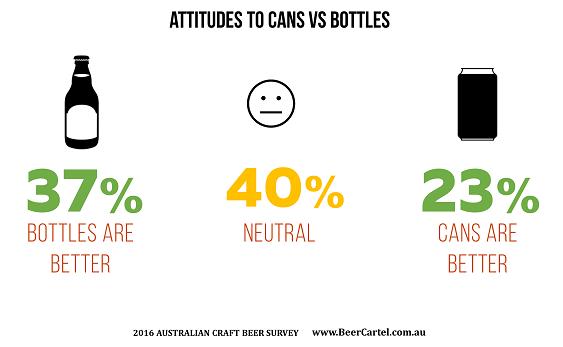 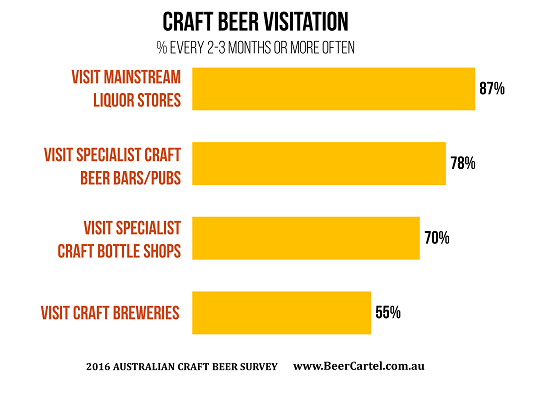 The average total weekly spend on beer by craft beer drinkers is $56 a week ($2,912 per year), with the majority spending $26-$100 a week. This is inclusive of purchases at bars, restaurants, breweries and liquor stores. 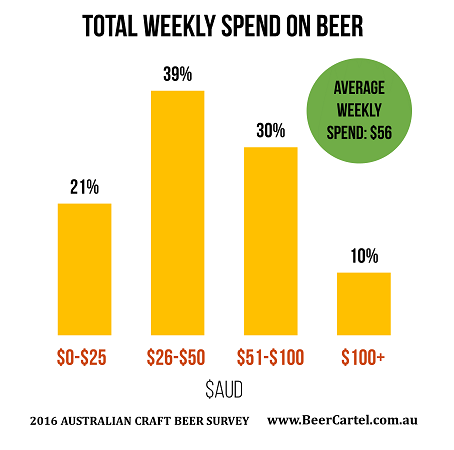 For those that drink craft beer it is widely preferred over the alternatives; mainstream beer and home-brew. While a third of drinkers are home-brewers, the majority still consider craft beer better than their DIY equivalent. 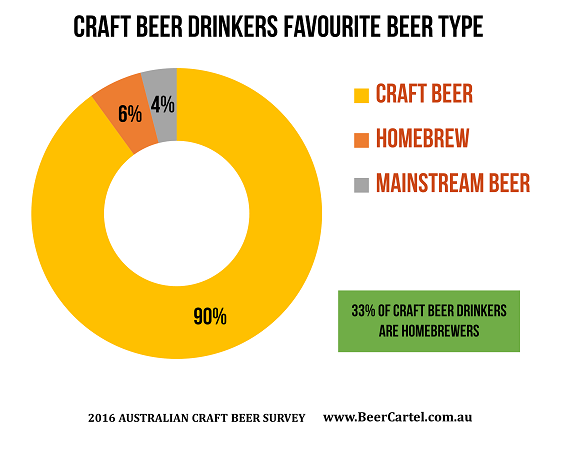 In addition to drinking craft beer, those surveyed enjoy a range of other alcohol types; particularly wine/champagne and spirits/premixed drinks. 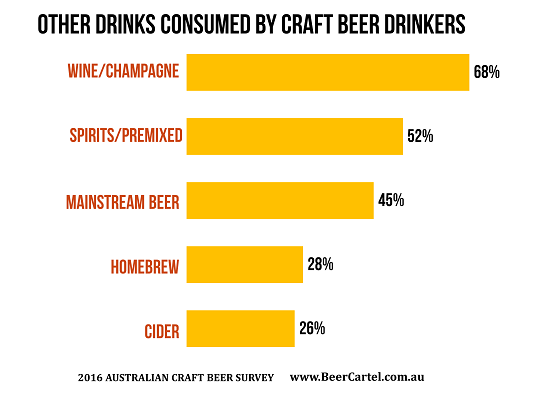 Craft drinkers not only enjoy beer, but engage in a range of related activities and events. In the past year, the majority have attended a beer festival, with one in three having been on a paid craft beer tour. 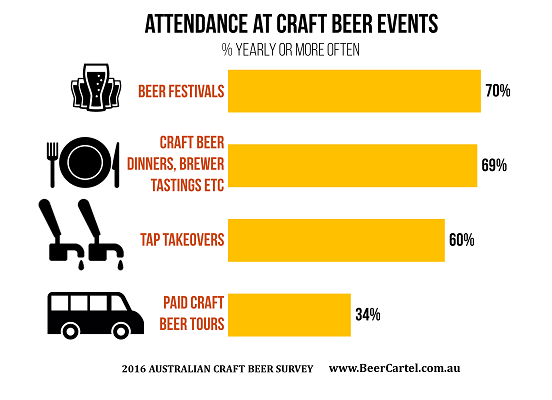 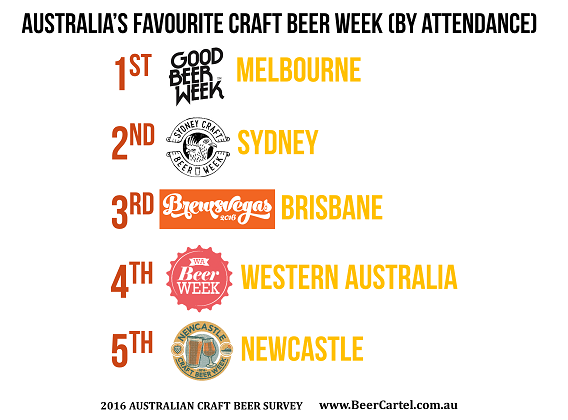 Based on overall usage, The Crafty Pint is Australia’s favourite website for craft beer news. View the full results here. 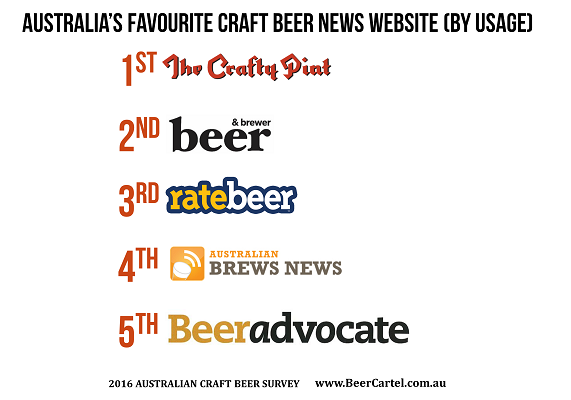 Over a third of Australian craft beer drinkers embrace technology when it comes to craft beer, with beer rating app Untappd, leading the way as Australia’s most used craft beer app. View the full results here. 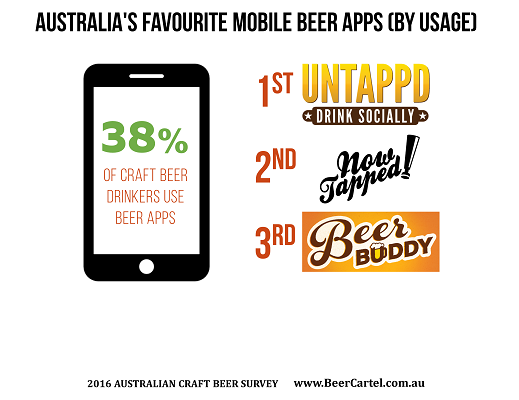 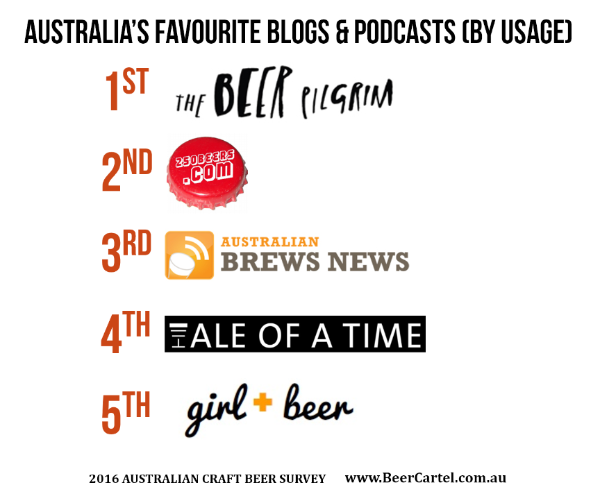 A special thanks goes out to all those who have helped support the 2016 Australian Craft Beer Survey. Without your assistance none of this would have been possible. We raise a glass to each and every one of you, and thank you for being a part of this hugely exciting industry. 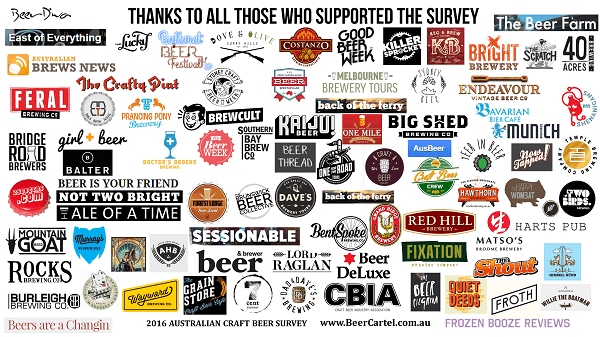 Beer Cartel is Australia’s leading craft beer retailer, stocking over 1,000 craft beers from Australia and overseas. Purchases can be made through the Beer Cartel website (www.beercartel.com.au) and its’ Sydney store.


Winner of $500 of Craft Beer Announced

Congratulations to Aidan Birch, winner of $500 of craft beer.