The Benefits of Craft Beer in Cans

Cans are the Best Vessel for Maintaining the Quality of Craft Beer.

- Cans eliminate "light strike" (where a skunk-like flavour exists) in beer, as the can stops all light from reaching the beer.

- Cans have a tighter seal than bottles, stopping any gases from entering, or leaving the vessel. Known as a hermetic seal, this helps reduce the rate at which the beer oxidises.

These two reasons alone mean the quality of the beer in cans is better.

Cans are Perfect for the Australian Outdoors

Cans chill down faster than bottles. Throw the can in the esky, or snowy mountain river (or even your fridge at home), and it will cool much faster.

There are two reasons for this:

Cans are also much lighter than bottles. Two 330ml cans thrown in a pack weigh around 700 grams, while two 330ml bottles weigh in at 1,300 grams. That 600 gram difference means it will be much easier to climb hills when hiking without the extra weight burden.

Cans are much more efficient in terms of storage size. Two cans are roughly the same size as one bottle. If you want to save on space, go with the can! 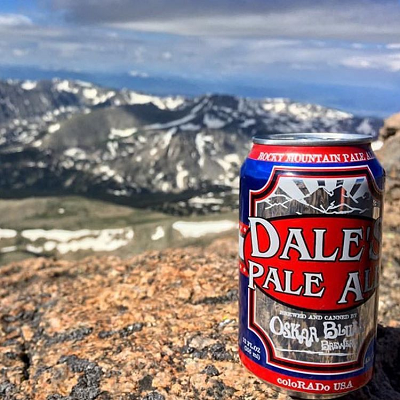 If you don’t have a separate beer fridge, you will know your fridge space is precious. Cans mean you can double the amount of beer kept in the fridge at any one time – that's space maximisation right there!

Shipping beer, both in Australia and overseas is a costly task. Any savings that can be achieved will result in the price of beer being cheaper.

Shipping in cans instead of glass bottles means savings can be achieved in a number of ways: 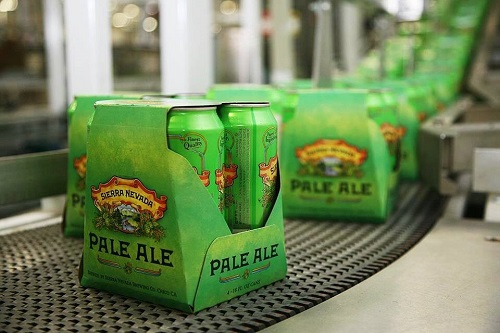 Cans are Better for Craft Breweries

From a marketing and production perspective, cans are the ideal packaging format for craft breweries.

There are four reasons for this:

Cans are Perfect for Outdoor Venues

Whether it be stadiums, concerts, or sporting events, cans are the perfect packaging when glass is not permitted.

Cans are Better for the Environment

Cans have a number of environmentally friendly strengths:

Cans are tamper-resistant and tamper-evident. If a can has been open it is immediately clear. This provides peace of mind that the product contained within, is exactly the same as when it was packaged. 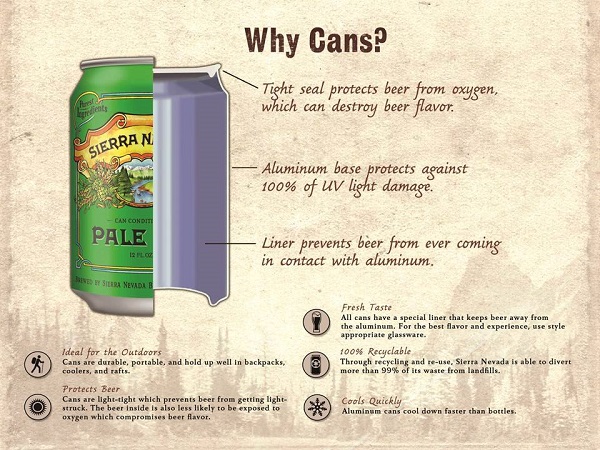 The Myth of the Aluminium Taste in Cans

The Taste Difference Between Bottles and Cans

Sierra Nevada Brewing, one of the world leaders in craft beer, tested whether a flavour difference could exist between their bottles and cans. After extensive sensory and analytical analysis there was no statistical or analytical difference in the flavours.

Among some corners in the cans vs bottles debate, there was also suggestion that the plastic lining in cans could take (scalp), some of the beers' flavour. For Sierra Nevada, this argument did not hold up in their lab analysis. While the plastic lining in the cans had the potential to scalp some of the flavour, it was found the crown liner (the plastic liner in the bottle cap) had the potential to have a more detrimental effect on flavour, specifically hop flavour.

How is a Beer Can Made?

Sierra Nevada have a great explanation of this on their blog. Essentially the beer can begins as a massive strip of aluminium roll which is then cut into circles. The circles then undergo a process of shaping, where they are stretched into the general shape of a can. Through this can creation process, approximately 2,000 cans are created per minute!

After this shaping process the can is then washed and dried, has its design applied, and its curved “neck” formed. It is then inspected for defects, sprayed with an epoxy liner, before finally being cured at high temperatures to create the final product. 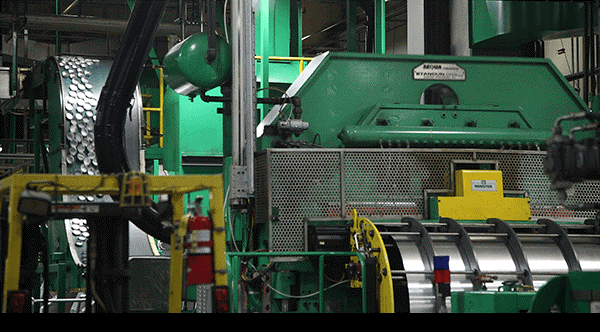 A History of Beer Cans

The very first beer can  was sold on January 24, 1935, when cans of Krueger’s Finest Beer and Krueger’s Cream Ale went on sale in Richmond, Virginia in the US.

While these two beers were the first in this packaging format, the actual history of the can dates back 14 months prior, just before the repeal of Prohibition. Here the American Can Company engineered a workable beer can, they just needed a brewer that would take on the risk of using it. 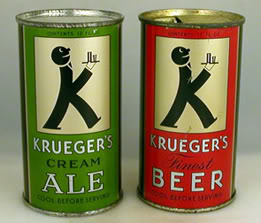 The Gottfried Krueger Brewing Company was just that company. By the end of November 1933 they had installed a temporary canning line and had 2,000 cans filled with a 3.2% Krueger beer, which was the highest alcohol allowable at the time.

In a taste test experiment, the 2,000 Krueger cans were given to Krueger drinkers of whom 91% gave the beer the thumbs up, with most stating the beer tasted more like the beer on tap, than bottled beer.

These first cans were made of tin, while the interior liner was a typically plastic or sometimes waxy substance, which helped to keep the beer's flavour from being ruined by a chemical reaction with the metal.

The original beer cans created were a flat top can with no actual opening within the can. To open the vessel a tool called a church key was used to pierce the can. Back then the cans were around 3mm thick, even with this handy tool there was still a lot of effort required to open the can.

The church key tool latched onto the top rim for leverage; as the handle was lifted it would force the sharp tip through the top of the can, cutting a triangular hole. A smaller second hole was then usually punched on the opposite side of the can to allowing air into the can while pouring, allowing the liquid to flow freely. 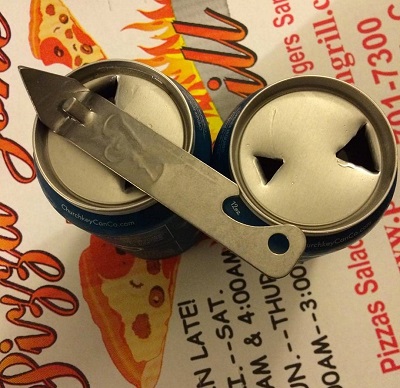 Church key tool and an example of a pierced can.

The first aluminium can was created for the Hawaii Brewing Company packaged beer in 1958. This can was all aluminium with a paper label.

Bill Coorsfrom Coors Brewing was reportedly one of the drivers behind the widespread use of aluminium cans in the beer industry. In 1959 he came up with a two-piece aluminium can (body and lid) to sell his product. Aluminium cans had some significant packaging benefits over tin cans which were immediately clear; the cans were more easily formed, and could resist corrosion and rust.

In developing the aluminium can Bill Coors also helped to establish a can recycling scheme, with his company promising one penny for every empty can returned.

The creation of a tab for opening the beers, rather than having to use a churchkey dates back to 1959, with Ermal Cleon Fraze, an engineer, credited for the innovation. His invention was the "pull-tab". This worked by attaching an aluminium pull-ring lever with a rivet to a pre-scored wedge-shaped tab section of the can top. When the pull-tab was pulled it created an opening that was big enough to let air flow in, and beer to flow out. While the pull-tab suddenly made opening a beer much easier it did have one downside; people would frequently discard the pull-tabs on the ground as litter, or drop them into the can and then risk choking on them.

Can with Pull Tab attached (left) and removed (right).

The next innovation in the beer can world was the Stay Tab, which was developed in the 1970s. This tab design worked as a lever, opening the beer can by using the can ring as a lever to push down into the pre-scoured part of the can, thereby opening a hole in the can. The Stay Tab concept remains used in cans across the world today. 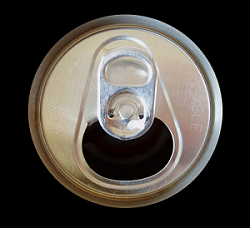 The first craft brewery to start upon the beer can trend was Oskar Blues in the United States. In 2002 they began canning their beers and were way ahead of the trend.

Their move to cans was driven by the ability to get a canning line really cheap. In 1999, Cask Brewing Systems introduced a small, manual machine that could can two 355ml beers at a time. It had a price tag of less than USD$10,000 at a time when even used canning machines routinely sold for six figures. The machine was originally aimed at brew-on-premises retailers. However, when that trend fizzled, Cask turned to craft brewers. Oskar Blues was its first American client.

Today, cans have taken off in a big way. In the US around one in six breweries have a canning line, including some of the largest breweries such as Sierra Nevada, Victory and Founders Brewing to name a few.

While the trend to cans continues, so has demand for canning lines. Cask Brewing Systems has now installed over 600 canning lines in over 34 different countries in the world. They are also the official supplier of aluminium cans from the world’s largest can producer, Ball Corporation.

Alongside the can lining which prevents any contact between the aluminium can and the beer, there are continuous developments in canning technology. The first generation of aluminium cans weighed approximately 85 grams per unit. Today’s cans weigh less than 14 grams each!

One of the most recent technological can developments can be seen in Colonial’s Small Ale, which has a completely removable can lid. This allows the can to essentially be used as a beer glass. 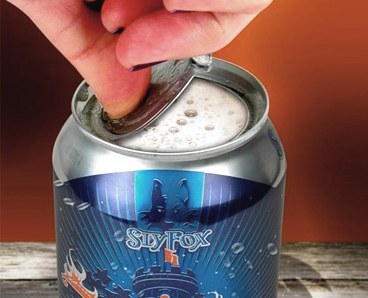 Example of a can with 100% removable lid.

Normally we always recommend that beer be drunk from a glass rather than from the bottle or can. This is because a glass allows the drinker to visually see the beer, which is critical to our perception of beer. Plus it allows for the release of the aromatics from the beer, with the aroma contributing strongly to the flavour of the beer.

While the Colonial Small Ale won’t allow you to easily see the true colour of the beer, by removing the entire lid of the can it does allow for release of the aromatics of the beer, which means a more flavourful beer than if you were simply drinking from the standard enclosed can or bottle.

Another example of can technology is the use of nitrogen gas in beer cans. This originated with Guinness and its famous widget technology. Here a hollow plastic sphere is filled with liquid nitrogen, with the nitrogen gas then released when the can opens. The presence of the nitrogen in the beer creates added creaminess to the beer, and a fluffy white head, seeking to replicate the draught beer experience of Guinness beer.

In the craft beer world, the brewery leading the way in Nitro Beer in cans is Vault Brewing from the USA. Vault is the first craft brewery worldwide to master the science of canning a Nitrogen beer without a widget. While Left Hand Brewing had only a few years earlier pioneered nitrogen in beer bottles, adding nitrogen to cans was an even harder process. This was due to the fact that Vault Brewing used a gravity-flow filler, whereby each can is filled in an oxygenated environment, and a nitrogen “dose” is added to the brew. Once added to the brew the full nitrogen effect is realised by a “hard vertical pour” into the glass, allowing the full waterfall effect of the nitrogen cascading through the glass to be seen. The technique has since been adopted by a number of other breweries, including Mornington Peninsula Brewery in Australia. 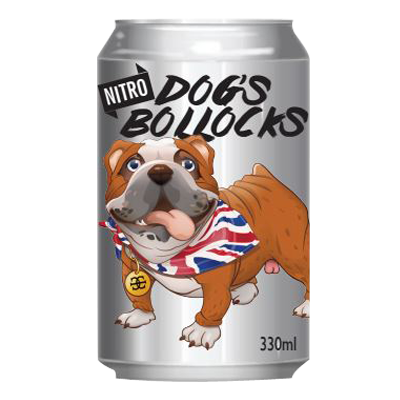 How to Quickly Chill Your Beer Can

If you need to chill you beer down quickly try this great trick.

Are you a fan of craft beer in cans? Celebrate the great vessel with Beer Can Appreciation Day. Held annually on January 24th this celebrates the great day in 1935 when beer was first sold in cans.

Cans made from aluminium easily support the carbonation pressure required to package beer and withstand pressures of up to 90 pounds per square inch. Believe it or not, four six packs can support a 2-ton vehicle!

Check out our range of great craft beer cans here.