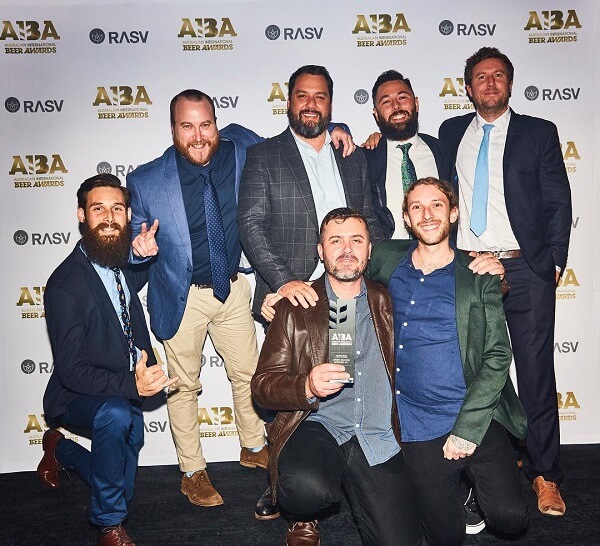 Big news in the craft beer world today with the sale of Green Beacon Brewing to Asahi. Green Beacon located in Teneriffe, Brisbane are a quality craft brewery that have been punching out great beers since 2013 and a barrel aging program since the start of 2019. You can see the range of Green Beacon beers we stock here.

21st August 2019: Asahi Holdings (Australia) is delighted to announce that we have signed a sale purchase agreement to acquire a 100% stake in Green Beacon Brewing Co, a Brisbane-based craft brewer.

Green Beacon has a well-established reputation in the Australian craft beer segment, cemented by winning Champion status three years running at the Australian International Beer Awards. Green Beacon was founded in 2013 by Adrian Slaughter and Marc Chrismas, two school friends who have been at the forefront of the burgeoning and exciting craft beer scene in Queensland.

With two Brisbane breweries located in Teneriffe and Geebung, Green Beacon’s range of beers includes Windjammer IPA, Wayfarer Tropical Pale, 3 Bolt Pale Ale, Half Mast India Session ale, Seasonal releases like ‘The Whaler’ and special release beers such as ‘UpperCut Double IPA’. The Teneriffe site also includes a brewpub and bar, which is open to the public and operates as a much-loved community hub. This is supplemented by additional in-house production and distribution facilities located in Geebung, north Brisbane.

Peter Margin, Executive Chairman, said: “This is a very exciting time for our business, as we add this great brand and great business to the Asahi Beverages family. We are looking forward to working with Marc and Adrian to help grow the Green Beacon business, and bring their great tasting beer to more consumers.”

Adrian Slaughter, co-founder and on-going General Manager at Green Beacon, said: “Green Beacon has grown from just myself and Marc to 40+ team members across the nation in just eight years. We want to continue growing and maintaining the quality and integrity of our beers, whilst ensuring all Australians are kept amply supplied in great beer! Partnering with Asahi to deliver this is truly exciting and provides security and opportunity for our customers, consumers and wider Green Beacon family. Our goal has always been to make the best beer and to get it into as many people’s hands as possible. In Asahi, we have a partner who shares this commitment and can support us in achieving this goal.”

If you would like to find out more about the story behind the business, the brands, and its founders, go to www.greenbeacon.com.au